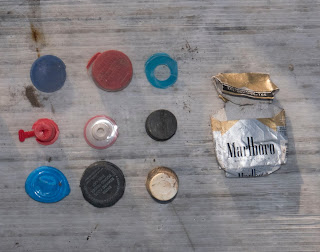 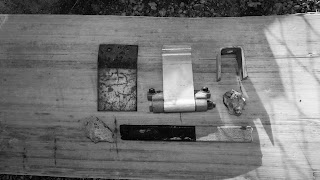 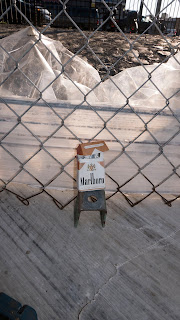 I didn't really know what to photograph when a friend invited me on a shoot around some defunct train tracks next to Costco in Bay Ridge, Brooklyn. I remembered some photos of Walker Evan's where he photographed his collection of flattened soda cans on a white background. I found a white piece of plastic and did the same with stuff I found around the tracks. A good day then we went to Costco and watched people eat their awful pizza until the bus came.
at March 14, 2020